How does coaching make a difference? One great example.

How can coaching make a difference? I'm going to give you a great example of two people, that had similar conditions. One had a coach and the other did not. 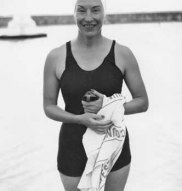 Both Florence and Michael had a swim that had similar conditions. Florence after she swam the English Channel, decided that she was going to swim from Catalina Island to the shore of California. The conditions for this swim were icy and foggy. She could hardly see the boats that were following her.

Now for Michael, the race where he would set the world's record, his goggles filled up, as soon as he hit the water. He could not see the bottom, the wall, or the swimmers in the other lanes in the pool. Essentially, he was swimming the race blind. Both Florence and Michael had similar swims, where the conditions limited what they could see. 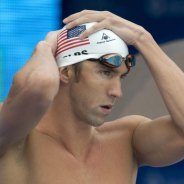 Michael had been placed into a similar situation. One time his coach had him swim in the dark. Michael associated that scenario with what was what going on. Michael's habits and behavior did not alter. He just concerned himself with finishing the race.

Florence to her credit, did swim from Catalina Island to the California shore. This time at the 15 hour mark, she visualized the shore. This helped keep her going.

Great example of people with two similar conditions and the difference a coach made.

Interested in learning more about my investor education and coaching? Visit smartplaninvesting.com