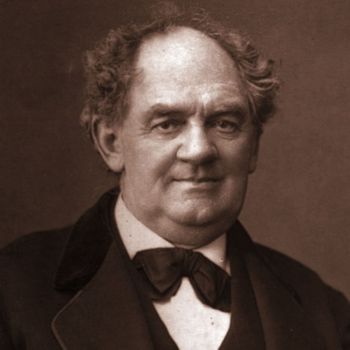 PT Barnum wrote and published his autobiography and updated the book three times. Each time a new edition was published it became a best seller. While many people cringed at his marketing methods and borderline con man ways, what made PT Barnum's biography different from others in his lifetime, was his unapologetic attitude towards making money.

In a period during which anything but polite humility was acceptable and the crassness of discussing one's finances was utterly unacceptable, he wrote openly and unabashedly about success and money. They were religious, pious, and did not discuss how they made their money. His frank openness was precisely what made his autobiographies best sellers.

Barnum was a millionaire long before he became a partner in the Ringling Brothers, Barnum and Bailey circus. He also had many jobs along the way. He was a general store owner, a lottery store owner, a politician, a showman, and failed attempt as an attorney. He finally found his success in knowing how to capitalize on grabbing people's attention.

So why do we want to reverse engineer his success? Because while that was a great vehicle for him, becoming a millionaire took much more than that. He was, in fact, one of the top business men in his time.

Barnum was a master storyteller. The kind of story that bore him success is not the kind typed out in manuscripts or told around campfires. He knew how to grab the attention of people; of the general public at large, and let them fill in the details with rumor and anticipation. He stoked their appetite and imagination with but a spark and let them create the buzz. He was an advertising genius.

He would not start his fires of interest in the big cities like New York. He would start it small, in the surrounding towns and smaller cities. He would get the newspapers and journals of the day to publicize his spectacle or event. He would work this method across several cities in the surrounding area, building momentum and creating demand. When an event arrived in a city the people were doing the advertising for him.

Arguing a case was one of his failures.

During his brief stint as an attorney, PT Barnum represented the state of Connecticut in criminal court in a trial of assault and battery, for which he received but one dollar. A medical student named Newton volunteered to represent the defendant.

Having no legal experience, neither advocate knew how to argue a case, but there were many onlookers who turned out to watch the two go at it.

Newton recited Shakespeare as the argument for the defense and brought forth no witnesses to testify on the defendant's behalf. Barnum argued that the accused should have just pleaded guilty and cited that there were many witnesses to the crime. Barnum was stopped in his argument by the judge, also his grandfather, who asked, " Young man, which side are you arguing for?", and sent the case to the next county.
Barnum never again acted as attorney for anyone other than as a practical joke. A man paid Barnum to fabricate a writ and a trial date. Neither Barnum or the participants showed up the day of the trial.

In his autobiographies, Barnum provides us great examples. He reveals to us the inner working of his mind through his successes and his failures in business. What we can see are the components of his childhood that influenced and shaped his thought and action.

One can begin to understand how Barnum became noted for peculiar exhibitions. We get how his grandfather and the town he grew up in, influenced Barnum's love for the practical joke and his zest for life.

A family's success is not by default but by design. The person who has a genealogical tie to Barnum has a great gift that has been bestowed on the world. They can read his biography and understand his life. They do not have to speculate or piece together bits of stories that may have had parts embellished or details forgotten.